Guardiola has often defined Xavi Hernandez as the engine of the team, because of his style and ability to play so many matches without seeming to tire. This season he could reach 63 matches.

He’s not a big man nor is he a sprinter but he doesn’t stop running for the full 90 minutes. That’s Xavi, a 30-year-old engine that’s 100% reliable.

More than the other Barça players 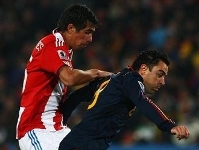 If he plays in Spain’s two remaining World Cup matches, Xavi Hernandez will have played more than any other Barça player this season – 53 of Barça’s 61 matches, three of the four World Cup qualifiers, the five matches up to now in South Africa plus the two still pending for Spain.

That means he’s only missed 9 competitive games with Barça and Spain. Over the day few days he will almost certainly round off an extraordinary season with the World Cup semi-final and either the final or the match for third / fourth place. 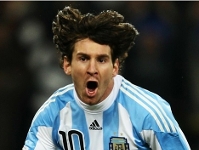 However, he’s been closely matched by Lionel Messi. With Argentina now out of the World Cup, Messi has closed his season with 62 matches out of a possible 70. Right now he’s played one more match than Xavi, but unlike the Spanish international midfielder he won’t get the chance to increase his tally.

65 matches prior to winning the treble

But there’s no need to worry that so many matches will have an adverse effect on Barça’s midfield maestro. Two years ago he played even more matches and then the following season went on to win the treble! In the 2007/08 season, Xavi Hernandez won EURO 2008 with Spain, playing a total of 65 matches, two more than the maximum he can reach this season.