AC Milan to play in the Gamper

AC Milan to play in the Gamper

On August 25, the 45th edition of the Joan Gamper Trophy will welcome AC Milan to the city. It will be a great chance to test Guardiola’s Barça team ahead of the 2010/11 season, and also to welcome Ronaldinho back to the club where he did so much.

On Friday evening, President Sandro Rosell announced that an agreement has been made with AC Milan for the Serie A side to provide the opposition in the traditional curtain-raiser at the Camp Nou. August 25 will be the date when Barça take on one of the giants of Italian and European football. 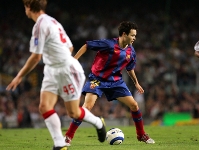 This will not be the first appearance by Milan in the Gamper. The ‘rossoneri’ also came in 2004, and took the lead through Serginho. But goals from Giuly and Iniesta turned things around, and the Catalans lifted their own trophy. 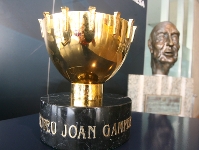 Sandro Rosell said that now it had been confirmed that they will be playing Milan, that “this is not because of Ronaldinho, it’s because of Milan. They are one of the strongest teams in the world and we like the Gamper to be strong”. However, he did accept that as this will be the first time Ronaldinho has been back since leaving “that we would like to thank him for the years he was here and the titles we won for us”. Rosell added that the Brazilain superstar “helped get rid of a negative dynamic at the club, and made it into a positive one”. 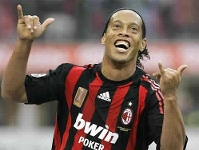 Sandro Rosell said that one of his aims is for games at the stadium not to be played so late in the evening. So the Gamper this year could be played as early as a quarter to eight, although the exact time has yet to be confirmed.