Barça will play their fifth pre-season game on August 3rd against Chivas de Guadalajara at the Sun Life Stadium in Miami. 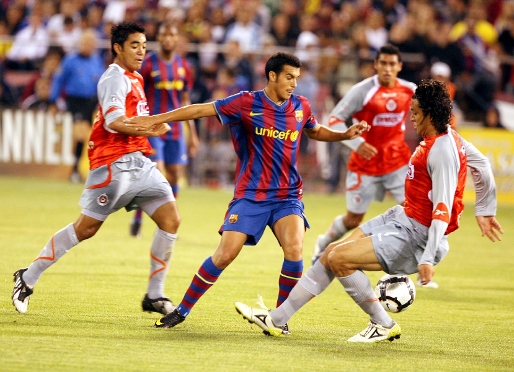 The Mexican team have become a classic on US Tours and this will be the fourth time the two teams have met in pre-season games. Chivas have already begun their pre-season preparations at their Ciudad Deportiva in Verde Valle though José Luís Real is without the Mexican players at the final stages of the CONCACAF Copa de Oro. 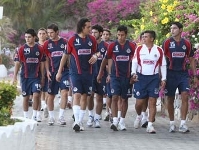 Manchester United star Javier Hernández is one of the club’s most famous old boys, having moved to England after the World Cup last summer and he is a typical example of the club’s commitment to working to bring youngsters up through the ranks.

Chivas reached the semi finals of the Mexican League play offs where they were beaten by Pumas, who then went on to win the ‘clausura’ tournament, with Chivas a distant seventh.

Team in the MLS

Since 2004, Chivas has been the only club with a reserve team playing in the US MLS (Mayor Soccer League). The team are based in L.A. and play in the same kit, with the same sponsors and club badge as the Mexican first team, though they do not wear the 11 stars the first team do to indicate the 11 trophies they have won.