Freixa acknowledges an offer from Roma for Bojan

Freixa acknowledges an offer from Roma for Bojan

The secretary and spokesman of the FC Barcelona board, Toni Freixa, said this Wednesday that Barça has received an offer from Roma for Bojan Krkic: "We have an offer but it’s still in the study and evaluation phase". 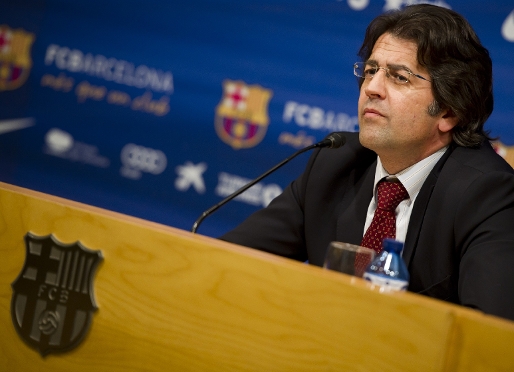 FC Barcelona have received a formal offer for Bojan Krkic, but no agreement has been reached. "We understand that the Roma can hardly publish something that is still in the study and evaluation phase", Freixa pointed out at a press conference this Wednesday morning.

Bojan, in the study phase

"Obviously when you receive an offer like this and the club is considering it, it’s because it raises the possibility that it’s feasible," added the secretary and spokesman, who didn’t want to anticipate any event.

Asked about other names appearing these days in various media, such as Alexis Sanchez and Jeffren Suarez, Freixa was clear about it: "We won’t reveal the content of the possible negotiations, to preserve the interests of Barça".

The FC Barcelona sports management team is working hard to ensure that the first team next year will be at the maximum competitive level. "This is the goal, and if we can achieve it with players that are already here, much the better, "said Freixa, who reminded everybody once again that the club has 45 million euros for future signings, plus the sale of players which can generate more income.