Iniesta: “it’ll be hard to match it next year”

Iniesta: “it’ll be hard to match it next year –but we will try”

During the presentation of the UNESCO-Valldigna award for sport, Andres Iniesta summed up the last year, in which he won the Spanish and European titles with Barça and the World Cup with Spain, as “very special”. 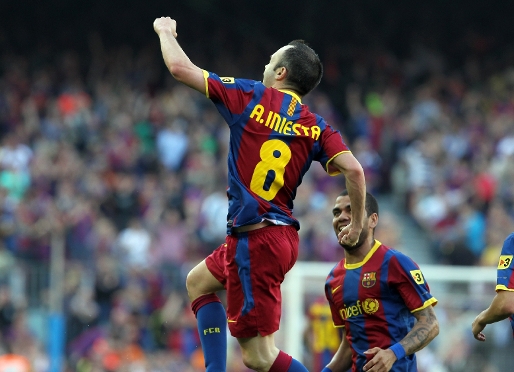 On July 11th 2010, Andres Iniesta scored the winning goal in Spain’s win over Holland and the whole world saw his fantastic gesture to the late Dani Jarque - a typically honest and heartfelt expression from the Barça midfielder that has helped to make him one of Spain’s most popular footballers, on and off the pitch. That feeling was recognised on Sunday when he was awarded the UNESCO-Valldigna Award for sport at the Valencia town of Simat de la Valldigna. Iniesta thanked the organisers for the award, who hailed him as: “an example to follow - one of the maximum representatives of fair play in the current game”. 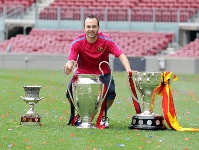 Iniesta will be back in training for the 2011-12 season on July 18th, but he is still happy to sit back and look over the astonishing last 12 months he’s enjoyed, commenting: “Since the World Cup, it’s been a very good year, very beautiful and very special, in which we’ve again won many titles. What’s more, I’ve won the best title –I’m a father to a little girl”. Iniesta also added: “it’ll be hard to match it next year –but we will try”.

“Rosell wants the best for us”

Iniesta also reacted to President Sandro Rosell’s comments last week concerning the attacks on the Club and its players. “everyone has to look after their own interests – our President wants the best for us, for the Club and our people – so he demands respect, as we deserve”.