29 goalscorers with Guardiola on the bench

29 goalscorers with Guardiola on the bench

Barça have scored 449 goals since Josep Guardiola became manager. Since the 08/09 season, 29 different players have been on target. Leo Messi, with 138 goals, is the top scorer of the last three seasons. 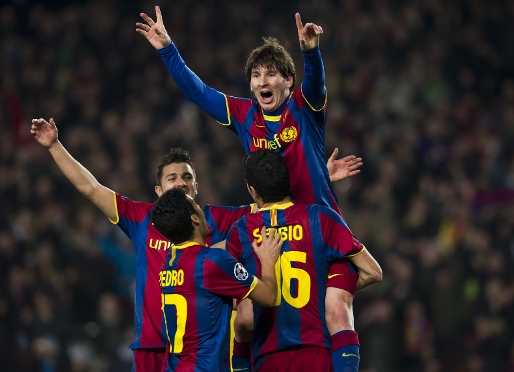 Of the players that played under Guardiola but have since moved on, Samuel Eto’o and Thierry Henry were the top scorers. The Cameroonian scored 36 goals in his only year with Guardiola. Henry got 30 goals, 26 in 2008/9 and four in 2009/10.
Messi tops the ranking

Barça have been a goalscoring machine since Guardiola has been in charge. Almost everybody has contributed to that amazing tally of 449 goals in 183 games, but nobody more so than Leo Messi, who has scored 138 goals, 53 last season, to mark a constant improvement since the 2008/09 season, when he got 38 goals, and then got 47 year after, six fewer than the season just ended. 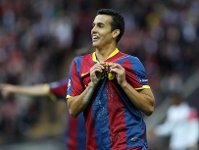 One of Guardiola’s finest discoveries, Pedro Rodríguez, is the second highest Barcelona scorer since 2008 with 45 goals. He is followed by Bojan Krkic, who has the best goals per minutes played record of the last three years, having totalled 29 goals.

Last season’s new signing, David Villa, has already moved up to fourth out of the current players and sixth overall under Guardiola, with 23 goals.

But it is not just the strikers that score in this team. Under Guardiola, midfielders and defenders have scored 109 goals, with Xavi leading the midfielders, with 22 goals, followed by Keita, with 18.

The top scoring defender is Alves with 13, followed by Piqué, who has 11.

Of the youngsters from Barça B that have appeared under Josep Guardiola, five have scored a total of 8 goals. Thiago is the most inspired with 4, while Nolito, Fontŕs, Víctor Vŕzquez and Bartra have shared the other four