Afellay has the honour of being the only player ever to have been signed in the window transfer window during the Josep Guardiola era. He has adapted well, scoring two goals and becoming an ever-present in squad lists. 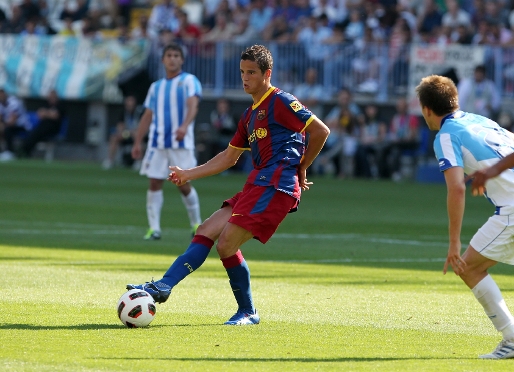 He also played a part in the Champions League final against United at Wembley. Afellay came on with two minutes to go and almost scored, which would have been a wonderful reward for his exceptional progression in just half a year with FC Barcelona.

Afellay made his official debut in the Copa del Rey, the day that Abidal scored his first goal for Barça. Since then the Dutchman has been a regular part of the FCB squad, showing humility, effort and adaptation to his club, for which he appeared in 28 official matches.

He has played for more than a thousand minutes, including 131 in the Champions League, plus 224 in the Copa and 700 in the Liga, which has also helped consolidate his role in the Dutch national team. Both his goals for Barça came in away matches, the first in the cup at Almeria, and the second on the last day of the championship at La Rosaleda, home of Malaga. Afellay has yet to feel the sensation of scoring in front of his own fans at the Camp Nou. 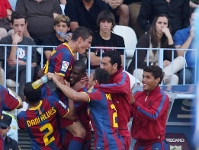 He has only supplied one assist for his new club, but it was arguably the most important of the year. That was in the 76th minute of the Champions League semi final at the Bernabéu, when Afellay collected the ball from Xavi and took advantage of a slip by Real Madrid’s Marcelo to dribble through and lay the ball up for Messi to open the scoring. A delightful moment both for him and Barcelona in general.

He has proved something of a utility player, appearing in no fewer than five different positions, usually filling in for Xavi or Iniesta, but also playing in any of the three attacking positions.