After playing 56 official matches, Seydou Keita was the player Josep Guardiola made the most use of this season. The Malian has set a wonderful example and this has been reflected in his number of appearances. 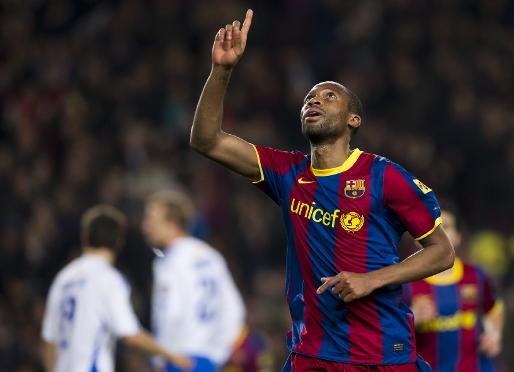 Seydou Keita’s third season at FC Barcelona was also his busiest, with 56 appearances, which was more than other players that tend to get more media attention, like Messi, with 55, Alves, with 54, and Villa, with 52.

Of Keita’s 56 appearances, 35 were in La Liga, 15 of those as a starter, and he scored 3 goals. In the Champions League, the African played 10 games, 4 in the starting eleven, and he scored once. In the Copa del Rey, he appeared in every game, starting 6 of them and coming off the bench in 3, scoring two goals in the process. He also played all ninety minutes of both Spanish Supercup matches against Sevilla.

But Keita should not only be valued in terms of statistics. He has also become a central part of the team and Josep Guardiola has never tired of highlighting his exceptional attitude. As he said in the build-up to the game at Hercules on January 29, for the Barcelona manager, the Malian is “the image of the team”.

That day, Guardiola went on to say that “the player shows generosity in everything. I hope his is the image that can guide us from here to the end of the season. When the players in a team accept they are substitutes so gracefully, that team will go far”. Guardiola knew what he was talking about. Barça won the Liga and Champions league and Keita played a fundamental role in the team’s balance and performances.