The Barça international players from Argentina, Brazil, and the Spanish Under-21’s face a summer of official commitments due to the Copa America and European Under-21 championships. 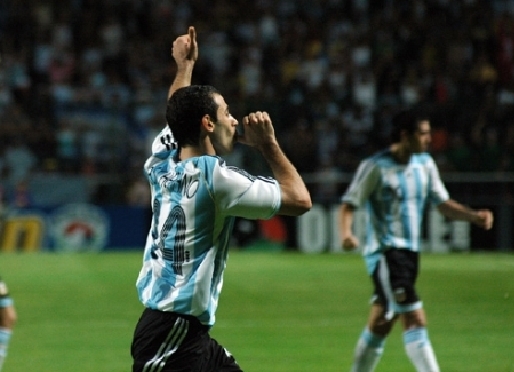 While some Barça players have already started their holidays (Spanish internationals) and others will do so very soon (Afellay, with Holland), there are some others who will compete in official competitions with their teams during the summer. There are ten Barça players selected for the Copa America and the European Under-21 championship.

Leo Messi, Javier Mascherano, and Gabriel Milito, after a week and a half of rest, travel to Argentina on Wednesday for the imminent Copa America hosted by Argentina (July1st to July 24th). None of them had participated in the recent friendlies.

Alves and Adriano, with the Brazil squad 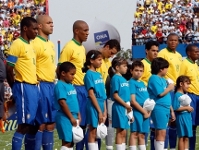 Following the friendlies against Holland and Rumania, the Brazilian coach Mano Menezes announced the final squad of 22 players for the Copa America. Barça players Dani Alves and Adriano Correia will be there to help Brazil defend the title they won in 2007.

Moreover, Bojan, Jeffren, and Barça B players Thiago, Montoya, and Mińo, travel to Denmark on Wednesday, where they’ll play for Spain in the European Under-21 Championship.. The team, managed by Luis Milla, make their debut against England on Sunday. The tournament is also important for winning a place in the London Olympics in 2012.