FC Barcelonaĺs international players will be performing in a number of competitions, including the Copa America, European Under-21 and World Under 19 championships before they begin their summer breaks. 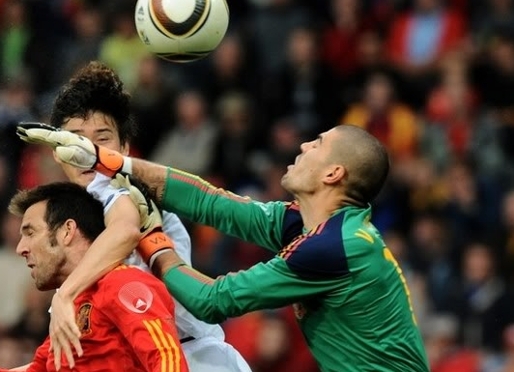 Eight of the squad will face four friendlies before they can start their summer breaks: the Spanish contingent face USA this Saturday in Boston, before travelling to Puerto La Cruz to face Venezuela On June 7th. Abidal faced Belorussia on Friday and Afellay will face Alves and Adriano this Saturday when Brazil meet Holland.
Copa AmŔrica

From July 1st to 24th, the Copa America will be played in Argentina and the host nation’s coach Sergio Batista has called up three Barša players -Messi, Mascherano and Milito. All three will join up with the Argentine squad on 8th June in Ereiza and are due to play a friendly against Albania in Buenos Aires on June 20th, before kicking off their Copa America campaign against Bolivia on July 1st.


Brazil are the other team in the Copa America with Barša players. Alves and Adriano are both in the pre-tournament squad of 28 players called up by coach Mano Menezes. Brazil will play two friendlies ahead of the competition, which they start on July 3rd against Venezuela, against Holland on Sunday and then on June 7th against Rumania.

Two of the first team squad, Bojan and Jeffren, and three Barša B players, Mi˝o, Montoya and Thiago, have been called up for the Spanish Under-21 squad which will compete in the European Championships in Denmark from 8th to 25th June. This Sunday they will play a friendly against Russia in Soria and begin the Championships with a match against England on June 12th.

From July 29th to August 20th, Colombia will host the World Under-20 Championships. Julen Lopetegui has still not named his Spanish squad, but players such as Sergi Gˇmez, Oriol Romeu and Muniesa have been regulars in his team.

This Sunday, the Spanish Under 19 team play the final game in their European Under 19 Elite classification round for the competition proper which will be held in Rumania between 20th July and August 1st. The game against England will feature Barša youngsters Sergi Roberto, Marc Muniesa, Sergi Gˇmez and Gerard Deulofeu.