The MVP attacking trio of Messi, Villa and Pedro scored 62% of the team’s goals this season. Together they have scored 98 goals in 62 official matches, making an average of 1.58 goals a game. 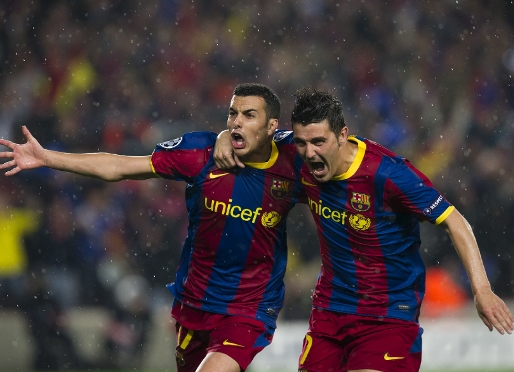 The trident in detail

Messi, Villa and Pedro have been the incarnation of goals this season. Even since the departure of such legendary strikers as Ibrahimovic, Eto’o and Henry, thanks to these players Barcelona have been as effective in front of goal as they ever were.

Messi, Villa and Pedro have managed to do better than the strikers managed last term. David Villa came in as the replacement for Ibrahimovic and this has led to improvements in all departments. Last season, the three first choice strikers scored 93 goals, five less than this year. They did play three fewer games the season before, but the average was also lower: 1.57 goals a game.

This season’s trident came two shy of the hundred that Eto’o, Messi and Henry did manage in Guardiola’s first year in charge of the first team. That season, the three strikers scored 100 goals, an average of 1.61 goals a game.