Puyol, two to three months out

Puyol has undergone arthroscopic surgery on his left knee to remove a floating piece of gristle from the femoral trochlea. The surgery was carried out by Dr. Cugat and his team, and Dr. Pruna. He’ll be out for two or three months. 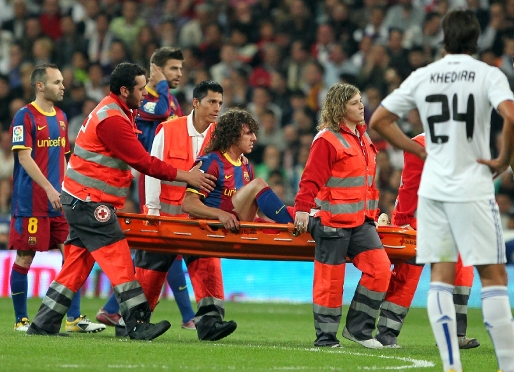 Following the operation, doctors Ramon Cugat and Ricard Pruna offered a press conference at the Camp Nou to explain all the details surrounding Puyol’s injury. "The injury has been ongoing for about four months and has several episodes. It started with a badly bruised knee. We suspect that it happened in the Barcelona-Malaga game in late January. This caused pain, restriction, and loss of balance, and we managed to sort the problem out for the tie with Arsenal" Pruna said.. 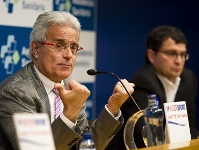 Pruna carried on with his explanation: "We entered into a new period regarding the injury when a floating piece of gristle from the femoral trochlea appeared, and we kept him for the big games. It required a lot of teamwork by coaches, the player, recovery coaches, and physios ... we have always thought first about the player's health, and made sure it didn’t get any worse". Pruna also made it clear that he played against Madrid because "he was 100%", but not in the Cup Final, when he had to rest.

Dr. Cugat added: "The player decided to wait until the end of the Champions League and he was right. It’ll be him who decides when he’s ready to make a come-back". Cugat stressed that Puyol’s cartilage is "fine, just like that of a 15 or 16 year old". In principle, he’ll leave the hospital this Thursday and in about two or three months he’ll be able to play again.