Éric Abidal was given the job of accepting the Champions League trophy from the president of UEFA, Michel Platini. Pep Guardiola publicly thanked Carles Puyol for his great gesture. 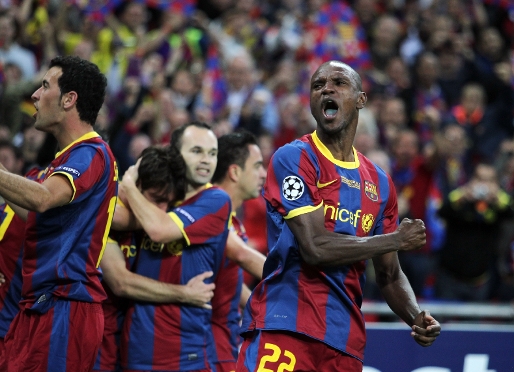 José Ramón Alexanko in 1992, Carles Puyol in 2006 and 2009, and Eric Abidal in 2011. These are the three players who have had the honour of accepting and lifting the European Cup, wearing a Barcelona shirt. Abidal, largely thanks to Puyol and the rest of the team.

A most deserved tribute

When the players were on their way towards the steps at Wembley, Carles Puyol and Xavi Hernández, who captained Barça in the final, handed the captains armband to Eric Abidal. The Frenchman had played the whole game, fully recovered from the liver tumour detected on the 15th of March. Abidal was the last player to climb the steps, and he lifted up the fourth Champions League trophy in Barças history.. 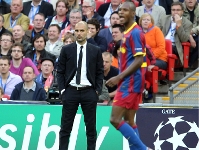 After the celebrations on the pitch, Pep Guardiola praised Puyol’s gesture. "I want to publicly thank Carlos for what he did, it’s the sort of thing that makes us stronger, and just another demonstration of how we understand who we are, and shows the whole group’s human qualities” he said.

Éric Abidal, meanwhile, was thrilled and grateful: "I can’t explain the emotion I’m feeling, it’s so special. I’m really grateful to Puyi for the gesture". On a special day, Abidal had a special word for "my family; wife, daughters and parents, and of course Martinique".