"We didn’t control possession in the second half”

Guardiola: “we didn’t control possession in the second half”

Speaking after the defeat in Donosti, Josep Guardiola accepted that the result was in part down to his team’s failing to control possession in the second half. 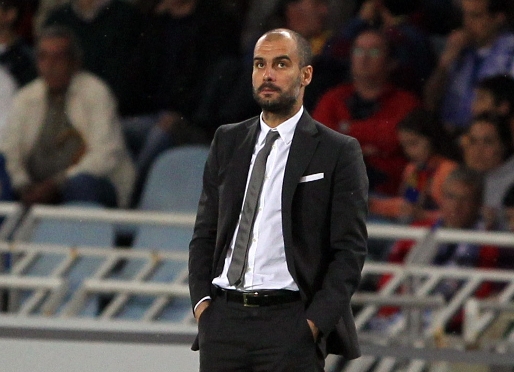 Although they had gone one up in the first half thanks to a Thiago goal on the half hour, Barēa let Real back into the game in the second half and Ifrįn and Xabi Prieto turned the result around. For Guardiola, his team “lacked that extra control” after the break.

“We didn’t control possession in the second half and we are a team who needs to control the game. After the break, we didn’t have that. In addition, we didn’t defend well on occasions”. Guardiola however, denied that his players had been too overconfident once they had taken the lead.
Four more points needed

As well as losing the game, Guardiola also lost two players through injury: Montoya and Milito, and he believes: “this leaves us a bit short handed” for the final run in to the season, “but we are who we are and we can always call on the reserve team players. It’s amazing that we have come this far and now we have to finish the job off”.

Turning his attention to Tuesday’s clash with Real Madrid, Guardiola called on the fans to come along and get behind the team: “we are in a Champions League semi final with everything to play for. I think it will be a very hard game in every sense, both in terms of football and emotions. We will need the fans support – we need everyone to give us a hand. We will have to be very strong out on the pitch”.