Players in Barcelona enjoy win too

Players in Barcelona enjoy win too

There was a party atmosphere in the Barça dressing room at the Santiago Bernabéu after last night’s win. But the four players left in Barcelona enjoyed the game too. 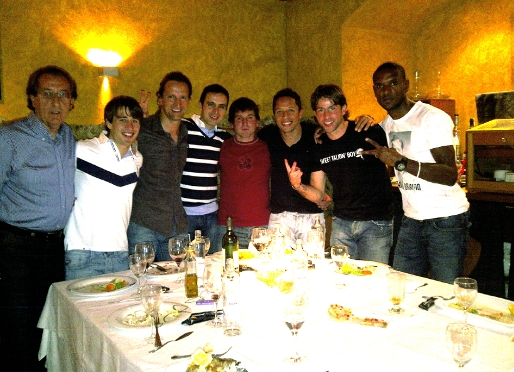 Due to injury and health problems, Bojan, Maxwell, Abidal and Adriano were not at the Santiago Bernabéu, but decided to get together anyway to enjoy the Champions League semi final on television.

The four players were joined by Paco Seirul•lo (fitness coach), Francesc Cos (fitness coach), Daniel Medina (doctor) and Roger Girončs (physio) on Wednesday night to watch the game in Restaurant Emperador in the Old Port in Barcelona. The supper ended in celebrations (0-2).