Iniesta out of Madrid game

Andrés Iniesta out of Madrid game with calf injury

Andrés Iniesta will miss Wednesday’s game against Real Madrid after missing training with the rest of the group after feeling a twinge in his right calf on Tuesday evening. 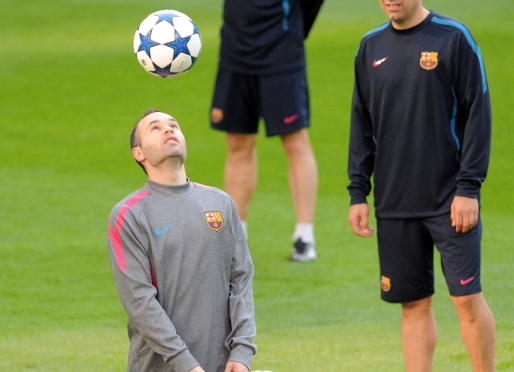 More info
During his pre-match press conference held after training, Pep Guardiola announced that the Spanish midfielder would not be available for the Champions League first leg game in the Bernabeu and that he had trained apart from the rest of the squad. 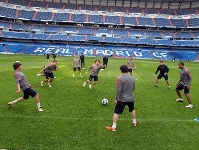 Iniesta didn’t train with the rest of the squad on Monday either and on Tuesday he spent the first 10 minutes of the session doing some ball work under the supervision of the physios before heading back to the changing room for treatment.

Rest of the squad ready for the game

The rest of the squad Guardiola took to Madrid, including captain Carles Puyol who missed the last two games and Gaby Milito who picked up a knock against Osasuna trained normally, alongside B team youngsters Thiago Montoya and Sergi Roberto.