Sergio Busquets sees the Champions League semi-final tie against Real Madrid very open. "It is 50-50 between the sides" he said. 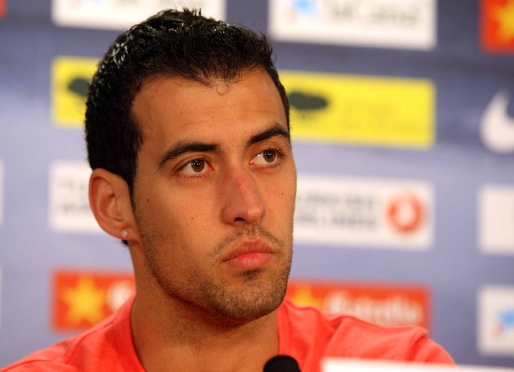 The third clįsico of four is coming up. "We know it’ll be yet another different story. It’ll be a tough game, just like the first two, and won’t only last 90 minutes. There’s the return leg" Sergio Busquets said at lunch-time on Sunday, at a press conference. Busquets sees the tie as a very close call, "it’s 50-50 and we don’t have a better chance just because it’s over two legs. It’ll be just as tough".

Barēa right now will be missing 5 first team players (Abidal, Adriano, Bojan, Milito, and Maxwell), almost a quarter of the first team squad, which doesn’t help when facing up to such a decisive game as Wednesday’s. Busquets, however, doesn’t want excuses: "The more players we play against, the stronger we are. We’ll have other variations and the manager, other options. Now, there are no excuses". In this regard, he said that right now "tiredness doesn’t matter".

As a reference, the 2nd half in Valencia

Busquets pointed out that: "Madrid is the worst possible opponent we could play right now. We know each other well and we’ve had some really evenly matched games with them”. Given all this, he believes Barēa have the formula to beat Madrid: The 2nd half of the game in Valencia is the reference to follow. "We have to play our football and stick to our philosophy. We must play like we did in the 2nd half in Valencia, where we deserved more.....we must improve if we want to win", he concluded.