Recovery after getting closer to the League Title

Recovery after getting closer to the League Title

The players who beat Osasuna trained on Sunday morning behind closed doors at the Joan Gamper training ground. 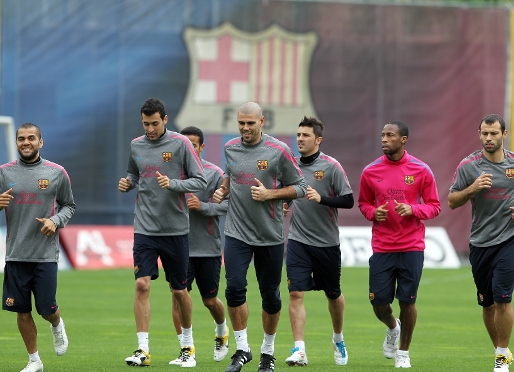 More info
A total of 16 first team players were on the training ground, including Carles Puyol, who continued to do some specific recovery work. The team who played against Osasuna just did some recovery exercises. Absentees from the session were the injured Bojan, Abidal, and Adriano, and also Milito and Maxwell, because at the time they were undergoing medical tests.

Reserve team players Montoya and Thiago made up the group. They were both included in the squad for the game against Osasuna, and in fact, Thiago played the whole 90 minutes.