The Barça squad is back in Barcelona after spending the night in Valencia. Sadly without the cup trophy among their luggage, they now have a day off and return to work on Friday morning to prepare for the league game with Osasuna. 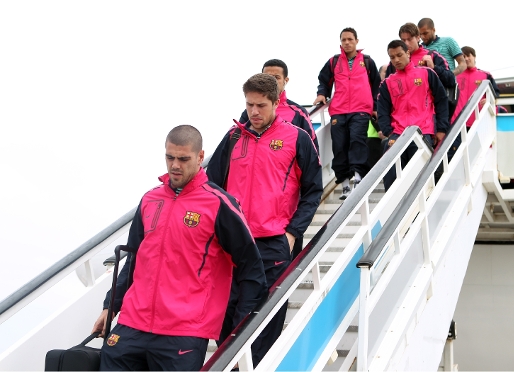 More info
The plane landed in Barcelona shortly before 1.00 pm, and the players were transferred directly to the Camp Nou, where despite last night’s defeat there were still some 400 fans on the forecourt to show that they will be supporting this team on its way to even more important objectives.

Pep Guardiola has given his players a day off today. They will be due back for training tomorrow Friday at 11.00 am, behind closed doors in the Ciutat Esportiva Joan Gamper and immediately after, the FC Barcelona manager will be giving a press conference.

There is no time to dwell on Wednesday night’s disappointment because on Saturday at 20.00 they have a league fixture at home to Osasuna.