Barça’s defeat at Mestalla was also the first in a final for Josep Guardiola, after accumulating a six out of six record. The following are other items of trivia associated to Wednesday’s cup final. 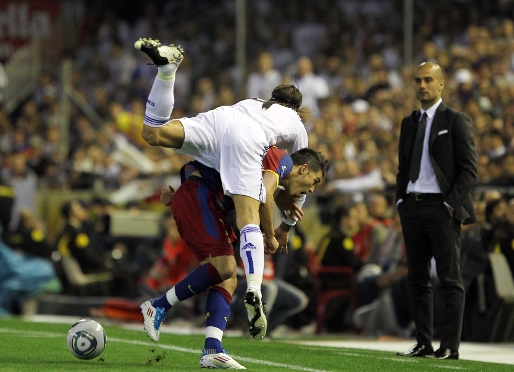 ► Guardiola had previously won one Champions League, Copa del Rey, Clubs World Cup and European Supercup final, and two Spanish Supercup finals. Despite the defeat, six out of seven is still some achievement.

► It was also the first time Guardiola has lost a game in extra time. In Monaco and Abu Dhabi, Barça came out tops.

► Barça had won their last three cup finals and hadn’t lost one for 15 years. The last time they lost was also 1-0 in extra time, that time against Atlético Madrid, who took the title thanks to a Pantic goal in 1995/96.

► Alves gave away the most balls (14) but also recovered the most (10) for Barcelona.

► Barça failed to score for the first time in 2011. The last time they ended a game goalless was in the round of sixteen of the Copa del Rey against Athletic Bilbao (0-0).