Everyone goes to Valencia

Everyone goes to Valencia

Like for all big matches, Josep Guardiola has decided to take all of his players to Valencia for the Copa del Rey final, even the injured ones. He also taking the B team players that have appeared in the competition. 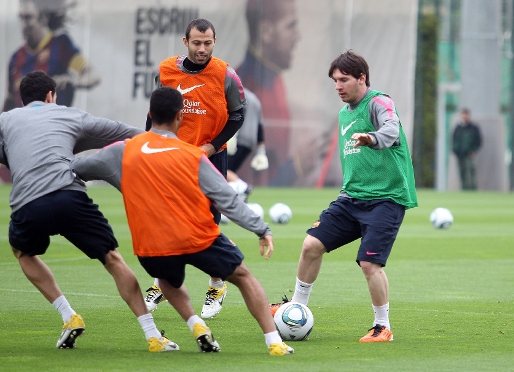 The injured Abidal and Bojan will also travel along with all of the coaching staff and the Barça B players that have appeared in the Copa del Rey (Nolito, Montoya, Mińo and Jonathan dos Santos). Sergi Roberto and Marc Bartra will not be going because they are away on Spain U20 duty.
After a day off, the FC Barcelona squad returned to training at 11.00 at the Ciutat Esportiva Joan Gamper. The last session before they travel south to Valencia was held behind closed doors as they finalise preparations for Wednesday night’s Copa del Rey final with Real Madrid at 21.30.

The full squad, including the injured players, are travelling, as are all of the coaching staff. The playing squad currently includes all of the first team players available plus Thiago and Fontŕs.

Reward for the B team

All of the members of Luis Enrique’s reserve team that have appeared in cup matches this season will also travel, namely Nolito, Dos Santos, Mińo and Montoya. However, Sergi Roberto and Marc Bartra cannot attend because they are away on international duty with the Spain U20 team. 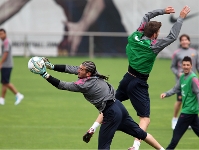 Carles Puyol did not train today. Although he did train on Sunday despite picking up some trouble in the clásico at the Bernabéu, he missed today’s session because he was being subjected to tests to check whether he is fit to play in the cup final. It was finally decided that he will be able to play, if Josep Guardiola so decides. 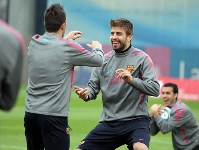 Adriano injured his soleus in the game with Madrid, but today was he able to train normally with the rest of the squad. This meant there were a total of 18 first team players involved, everyone part from Bojan, Abidal and Puyol, plus the reserve team’s Thiago, Montoya, Ilie and Jonathan Soriano.