Cup Final. Did you know…

Cup Final. Did you know…

Barēa and Real Madrid meet again, this time in the Copa del Rey final. Such a historic encounter inevitably throws up plenty of juicy trivia. 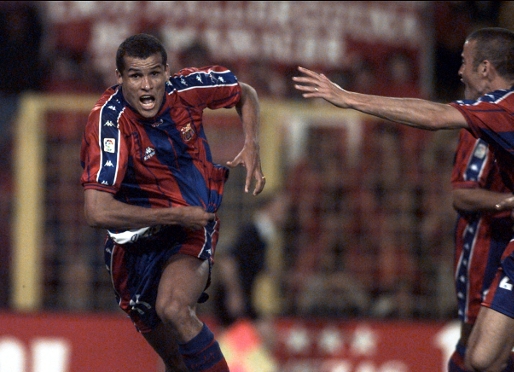 ►In 1942, Barēa played off to avoid relegation to the second division and seven days later played in the cup final against Athletic Bilbao at Chamartķn (4-3, in extra time). In the semi finals, Barēa had beaten league champions Valencia 5-0 at Les Corts. In the play off, at the same venue, Barēa stayed up by beating Murcia 5-1.

►Barēa has won more Spanish Cups outright than any other club. They have four. These are won by winning the competition three years in a row or in five non-consecutive seasons. They need to win two more to get to keep another. Athletic Bilbao have three trophies and Madrid have two.

►Barēa’s top scorer in cup history is Josep Samitier with 65 goals. Leo Messi is fourteenth on the list with 17. Of the current squad, Bojan is the second highest cup goalscorer with nine.

►The last one, in 1989/90, was also played at Mestalla. It was decided by goals from Guillermo Amor and Julio Salinas.

►Barcelona have won four of the five cup finals they have played at Mestalla. 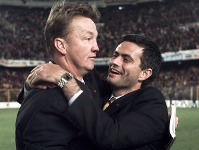 ►The two clubs have not met in the Copa del Rey since 1996/97, when FCB put out the all-whites in the round of sixteen by winning 3-2 at the Camp Nou and drawing 1-1 at the Bernabéu.

►Pep Guardiola played in three cup finals as a player, and won two of them. This is his second cup final as a coach, after debuting in 2009.