FC Barcelona have this evening submitted an appeal to UEFA against the proposed imposition of an additional game suspension for Andrťs Iniesta following the yellow card he picked up against Shaktar at the Nou Camp on April 6th. 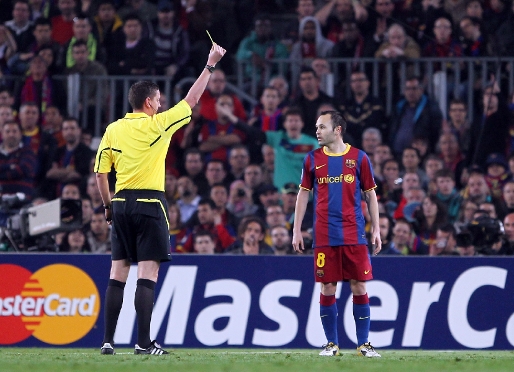 The proposed sanction comes as a result of a report from UEFA match officials at the game, who have alleged that the yellow card was deliberately incurred so that the player would be suspended for the return leg. The UEFA disciplinary committee will make a decision on the case on Wednesday.

FC Barcelona believe that the arguments outlined in their appeal, based on the good faith of the player and the disproportionate nature of the proposed sanction will be sufficient to rebut these allegations.