Messi, record goalscorer at the Bernabeu

Messi, record goalscorer at the Bernabeu

Barca drew 1-1 with Real Madrid with a goal from Leo Messi, who became the Barça player who has scored most goals (4) at the Santiago Bernabeu. 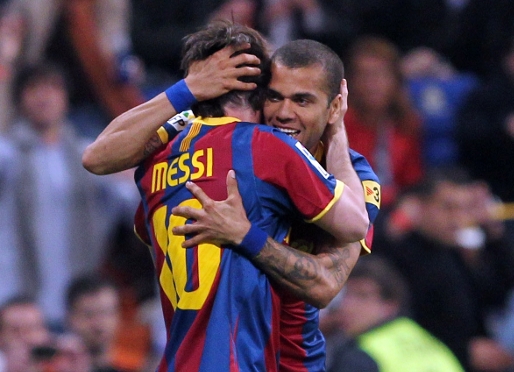 The 23 year old Messi scored the fourth goal of his career, a penalty, in Madrid surpassing other Barça players, who had managed 3 goals in the Bernabéu: Zaldúa, Asensi, Rivaldo, Ronaldinho and Henry.

In fact, the Santiago Bernabéu is a ground that Leo seems to like, as he’s scored in the last three games in Madrid, in the 6-2 win, the 2-0 win last year and the 1-1 draw on Saturday.

30 goals in the League 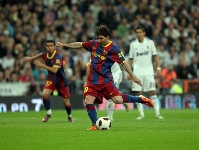 His goal, which came in the 53rd minute from a penalty, after a foul on David Villa by Raul Albiol, was his 30th in the league. For the second consecutive season, Messi has passed the barrier of 30 goals in the Spanish League, something nobody had done before. Messi has scored 49 goals in all competitions in the current season.

His first goal against Mourinho

Messi finally scored a goal against a team managed by José Mourinho, something that had eluded him for a long time, In fact, his goal came in his 9th match against Mourinho, counting the games against Chelsea, Inter and Real Madrid.