Puyol declared fit and all off to Madrid

Puyol declared fit and all off to Madrid

Carles Puyol has been given medical clearance and joins the list of 20 players that will fly to Madrid on Saturday. Abidal, Bojan and Mascherano all miss the game at the Bernabéu through injury or suspension, but will all be travelling too. 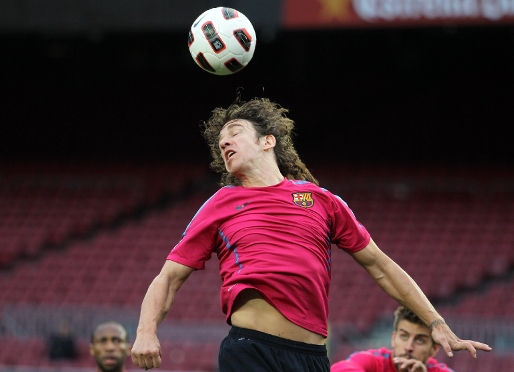 Valdés, Pinto, Fontŕs, Puyol, Maxwell, Adriano, Piqué, Alves, Milito, Busquets, Keita, Xavi, Iniesta, Thiago, Dos Santos, Afellay, Pedro, Jeffren, Messi and Villa.
It was not a typical Friday. Having Carles Puyol, now declared fully fit, in the group for training and then hearing the squad list for the clásico raised plenty of expectations. All 18 first teams available for selection were picked along with Barça B’s Dos Santos and Thiago. 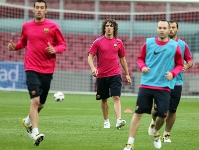 The captain has not played since January 22, almost three months ago, in the game with Racing Santander at the Camp Nou (3-0). Puyol was substituted at half time by Piqué and a day later it was revealed that he had damaged tendons in his left knee. After missing 17 games, he is finally back to full fitness.

On Friday he trained with the FC Barcelona squad as normal, and afterwards was given the medical all-clear. And all of that on his 33rd birthday.

The players hadn’t trained in Barcelona since last Sunday. After two sessions and one game in Donetsk, there were 22 players today at the Camp Nou, including 3 members of the reserve team in Oier, Dos Santos and Thiago. This was the final training session before the first of the four forthcoming clásicos with Real Madrid over the next 18 days.