“What’s coming is a gift”

Guardiola: “What’s coming is a gift that we are delighted to accept”

Through to the semi finals of the Champions League, with the cup final around the corner and top of the league, Guardiola considers the run in to the end of the season to be “a gift that we are delighted to accept”. 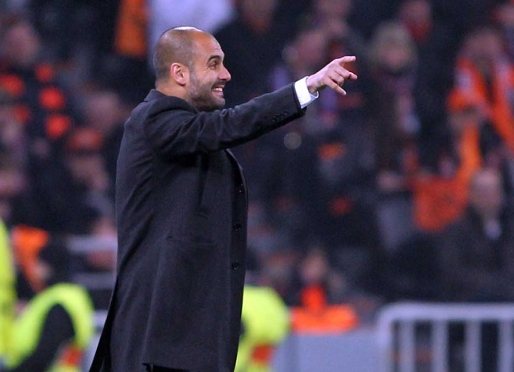 After publicly congratulating the squad, Josep Guardiola also remembered the player who was injured on Saturday evening against Almeria: “I want to dedicate this win to Bojan” he said. “I hope it gives him the strength to recover as quickly as possible.”
Shakhtar beaten, FCB are in the UCL semi finals for the fourth year in a row, and as far as Guardiola is concerned “it’s an absolute success, it shows how stable we are and that everybody has done their job right. It is a global success, it’s immense news. I have to stress that a lot of work has gone into this. We are so glad to be back”.

Into the final four of the Champions league, with a cup final next week and an eight point lead in La Liga, Guardiola feels the team has already proven itself, even with the decisive games still to come. From now on, “it doesn’t matter what condition we are in. What matters is mentality and desire. This is a gift that any sportsperson would be delighted to accept. In this situation, all we can do is thank the players, and treat what’s happening as a gift.”

If Real Madrid beat Spurs on Wednesday, we’ll have four clásicos to look forward to in the next few weeks. For Guardiola, that means “the chance to compete with the most powerful team … No matter how many times we play them, they are still the most powerful team in every sense, the strongest, the ones in the best form, the ones with an unstoppable squad. We shall accept the challenge and go for it.”

Asked how he felt his players were going to deal with the pressure, Guardiola said “in a very relaxed way, trying to do their job in the best possible way. We can’t do any better than that. Now we have to compete with a very strong opponent. The interior peace that comes from knowing that we have taken this institution so far in all three competitions is indescribable. Now we just have to enjoy it. It is a pleasure to be able to enjoy this opportunity”.