Training at a five star venue

Barça trained at Shakhtar’s spectacular new Donbass Arena on Monday ahead of Tuesday’s game. The squad all trained together, except Pinto who worked apart from the rest, with their focus firmly on one thing –reaching the Champions League semis. 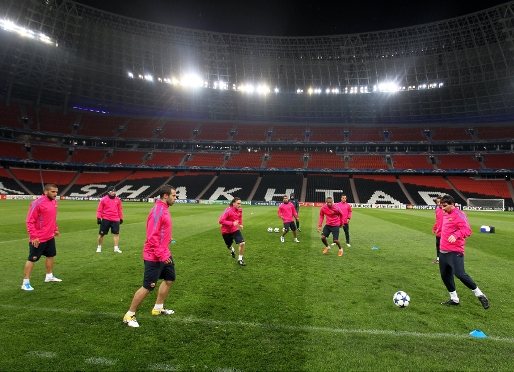 More info
The team arrived in Donetsk just after noon and five hours later the 20 man squad had their first training session on the turf of the spectacular Donbass Arena, a UEFA five star stadium opened in 2009 and set to be one of the host grounds for the 2012 European Championships. 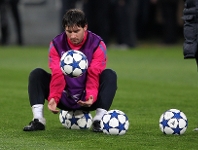 The stadium’s modern facilities mean that José Manuel Pinto was able to receive some specific treatment in the changing rooms, which boast a training area of artificial turf, whilst the rest of the players worked out on the pitch. The keeper is still suffering with the ankle injury he picked up last week.

The rest of the squad trained out in the stadium where there was some light rain –a far cry from the inclement weather they have faced here in the past.