The team have scored at least one goal in every away game so far this season and their first objective in Donetsk on Tuesday is to keep up that record and get an away goal against Shaktar. 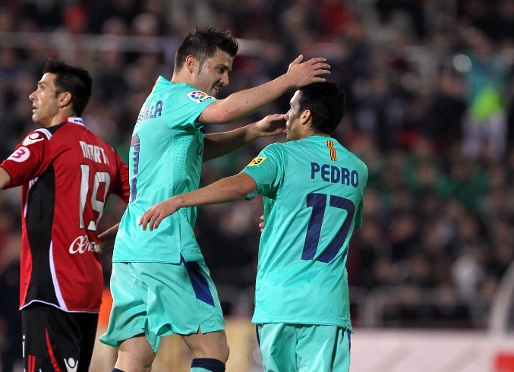 After their victory in the first leg, Barça have to be favourites to make the semi final, but the big win in the Nou Camp makes relaxation the big danger in the return game. The squad have been very focussed on avoiding that and they know that an away goal is the first step to really making sure that a last four berth is theirs. Away goals have been relatively easy to come by so far this year though, with the team scoring in every single game on the road this season. 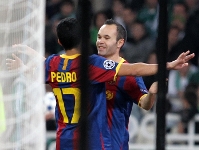 The front three of Messi, Villa and Pedro have been in the goals away from home in Europe this year getting two each, with Villa scoring in Kazan and London, Messi getting the goal that gave the team a draw in Copenhagen and one in the 0-3 win over Panathinaikos, where Pedro got the other two.

43 goals in the league

The team are averaging 2,86 goals a game on their trips in La Liga, where they have won 13 of their 15 games and are still unbeaten on the road. Messi is the leading scorer in league away games with 15. 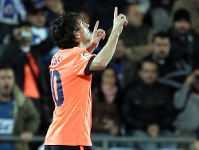 Lessons from the Betis game

The away leg of the Spanish Cup quarter finals against Betis saw Barça go to Seville 5-0 up from the first leg and although they suffered a bit in the first quarter of an hour, Messi’s strike settled them down. Two of the four Cup games on the road have ended in wins, with one draw -at Bilbao when Abidal scored his first goal for the team.