Before flying out with the squad for Donetsk, Andoni Zubizarreta spoke to the media and urged caution ahead of Tuesday night’s game, despite the 5-1 win on the first leg. 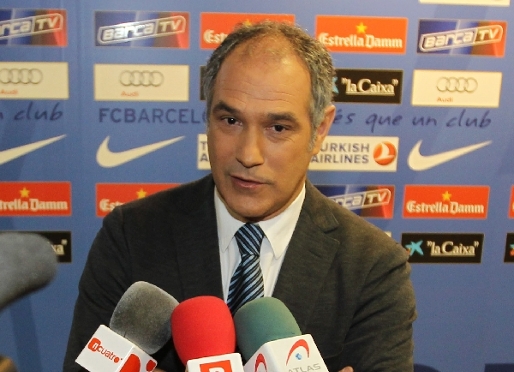 Barēa’s Sporting Director of Professional Football, Andoni Zubizarreta, insisted that: “football teaches you that nothing is won or lost until the last minute of the game is over”.

Respect for the game and opponents

Zubi reminded reporters of what happened in the Spanish Cup quarter final this season, when Barēa went into the second leg 5-0 up and were two down within seven minutes of the second leg in Seville kicking off. That game finished 3-1 for Betis and the ex-Barēa keeper stressed: “it’s not just about being cautious, it’s also about respecting the game and all of our opponents”. 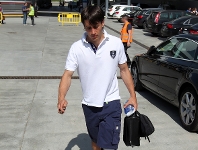 Bojan was the latest squad member to be ruled out after the injury he picked up on Saturday night and Zubizarreta commented: “April and May are vital months and we hope to be at the level we have to be at. What I find most positive is the way we are dealing with the absences through injuries. I prefer to look back at what we’ve done so far this season and see how well we have done. We are eight points ahead in the league, into the Cup final and with a good chance of making the Champions League semi finals again”.

Like the squad itself, Zubizarreta is solely focussed on the job in hand –the game against Shaktar – and he insisted that he’ll not be answering questions about the Madrid game “till late on Tuesday evening – now the only thing we are concerned with is getting through this tie”.

However Zubi did reply to a question about the media frenzy in the Spanish capital: “we cannot control what goes on around the game – that’s none of our business”.