Thiago won’t mess up the "prize"

Thiago believes that playing in the first team is a “reward "

Thiago Alcantara knows that playing games with the first team, and even more so if they are as important as the games from now, "is a reward". The Barcelona midfielder wants to seize the opportunities that Pep Guardiola might give him. 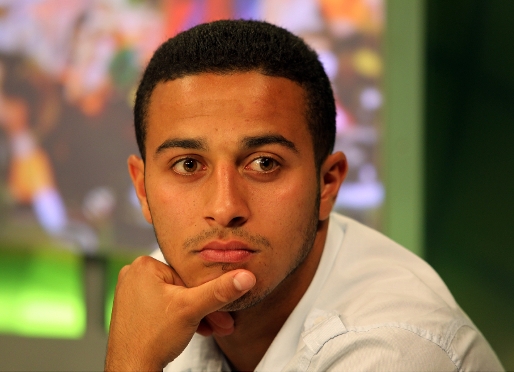 With his goal in the 63rd minute, Thiago Alcantara turned the game that at that time was evenly matched. It was an important goal in helping to get the three points against Almeria. One of the protagonists of Saturday's game, Thiago went onto the set of Barēa TV’s “El Marcador”, where he spoke of the opportunities he has to play first team football, as well as the state of grace that Barēa B is currently in . 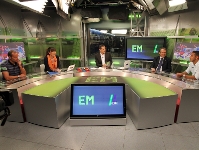 From very early on Pep Guardiola has confided in the players from Barēa B to strengthen his squad. The youngsters from the reserve team are aware of the opportunities given to them by the manager. Thiago recognises that being with the first team is a “a reward" and said: “I’ll take the opportunity with everything I have".

In addition, the Barcelona midfielder accepts the role that B Team players have when they play with the first team: "The reserve team players are there to help. We're ready for anything they might ask of us".

Barēa is now facing the final and decisive stage of the season. Thiago believes that sharing in this experience “is a pleasure”, and being with the team in big games, even more so if it’s against Madrid,” is fantastic". 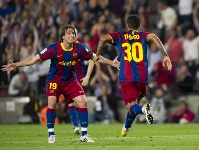 This season Thiago Alcantara has scored two goals for the first team. His first was in the return leg of the Spanish Cup against Almeria, and the second against the same team, but in the league. In both cases he scored the goals with his head. Thiago believes that it’s just "a coincidence....I’m not a specialist scoring headed goals. I’ve been fortunate that the two goals were against Almeria”.

Reserve team has no limits

During this season Thiago, although he’s spent some time training with the first team, has also played an important role with Barēa B. After moving up to third place in the Second Division, the player explained that Luis Enrique’s team "has no ceiling. It’s a great group and really united".