"We dealt with a very important game”

Guardiola: “we dealt with a very important game”

Josep Guardiola values the win over Almeria very highly, as it allows his team to go into next week’s meeting with Madrid with a clear eight point lead at the top of the table: “we dealt with a very important game”, he claimed. 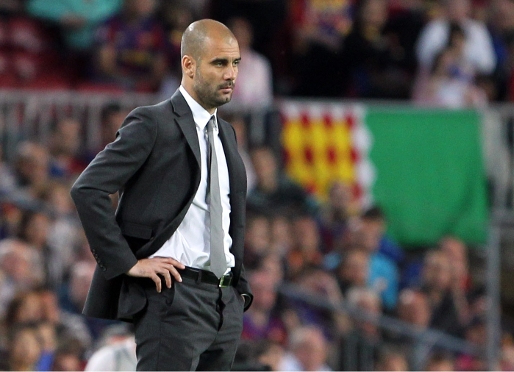 Bartomeu: “the most important thing is that we kept the eight point lead”

Club Vice President Josep Maria Bartomeu was very satisfied with the hard won win over Almeria, who he stressed: “were no easy opponents”. Sr Bartomeu went on to stress that this Saturday’s game had been: “very important” for the Club and that it was vital: “that the team maintained their eight point lead” ahead of next week’s game: “this squad is very ambitious –everybody here wants to win –we want to win at the Bernabeu and win the Cup too”.

Finally, Sr Bartomeu summed up the squad’s performances so far this season and revealed that the board: “are very satisfied at how everything is going –we are in the final of the Cup, eight points clear in the league and on the point of reaching the semi final of the Champions League. We are enjoying a great moment …. and we hope it will get even better”.
The boss had warned before the match that these were three points the team couldn’t afford to drop, but it would not be easy and so it turned out, as Almeria - who for Guardiola” made a very good impression” - took the lead, but his player’s fighting spirit ensured that the win went their way.

Guardiola had words of encouragement for the struggling Almeria, claiming: “they had a solid defence. It took us a quarter of an hour to get the measure of them, but once we were settled, we never let go. Even when we went behind, we always looked good. This type of game is always tricky and we have a number like it coming up against Real Sociedad, Osasuna or Espanyol”.

Bernabeu game is a “great opportunity” 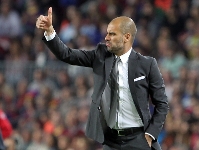 Although there is the trip to play Shaktar first, attention naturally switched to next weekend’s clash at the Bernabeu once the game was over and Guardiola explained: “it will be a great opportunity to make a decisive impact on the league. If we go there just to hold on, we’ll be making a big mistake. We can’t go into the game thinking if we lose it doesn’t matter- there are still a lot of points to play for, but a win would be a vital step in taking the league”.

“A Barēa-Madrid game is never ‘light’”

Guardiola continued: “I have to convince the players that we have to go out and try to win the game and not let them get the idea that if we lose it doesn’t matter. We have to try and dominate and get goals. A Madrid-Barēa game is never ‘light’”. The boss also warned that Madrid were a dangerous team, especially on the counter.

Cautious ahead of Shaktar game

Before the Madrid game though, Barēa have to travel to the Ukraine to face Shaktar in the second leg of their Champions League quarter final. Despite the 5-1 result in the first leg, Guardiola expressed caution ahead of the game: “we’ll have to be good in defence and combine well if we don’t want to suffer. We’ll need to control our emotions during the game too”.