The options without Valdes

The options without Valdes

The FC Barcelona first team keeper will miss the Almeria match due to suspension. Valdes has missed 14 games this season and the balance is more than positive: 10 wins, 2 defeats and 2 draws. 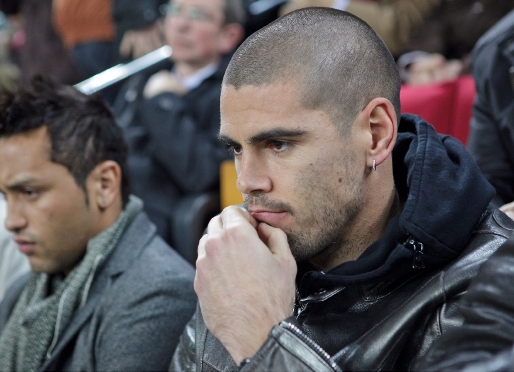 Valdés received a yellow card in the Villareal game, almost in stoppage time, and will not play in the Almeria match due to suspension. It’s not exactly a new situation. In fact, this season, Valdés has missed 14 games: 8 in the Cup, 3 in the League, 2 in the Champions League and the first leg of the Spanish Supercup. Guardiola has three options as goalkeeper: Pinto, Mińo, or Oier Olazábal. 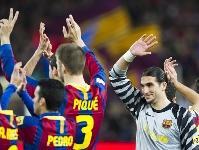 Pinto, more minutes than ever

A Valdés injury (the first of his career in the first team) meant that Jose Manuel Pinto has played more games than ever for the club. In the 2007/08 season he played 3 matches; in 2008/09 he played 11; last year he participated in only 4 games, but this season he’s already played 13.

Pinto’s stats are impressive. 13 matches, 10 wins, 2 draws and a single defeat, and only six goals conceded. 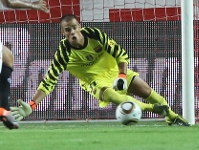 Pinto was not in the squad for the last game against Shakhtar due to a left ankle sprain, and the injury could make it necessary to play one of the two Barça B goalkeepers: Rubén

Both have already made their debuts in the first team. Mińo debuted in the Spanish Super Cup against Sevilla. He had a great start to the game, and could do nothing about the 3 Sevilla goals..
For his part, Oier made his debut under Frank Rijkaard in the Spanish Cup against Alcoiá and also played a league game for Guardiola. With the league in the bag, the coach gave him the goalkeeping position in Mallorca. Barça drew 2-2.