Penultimate training session before the visit of Almeria

Penultimate training session before the visit of Almeria

Barça are fully focused on the League match this Saturday in the Camp Nou against Almeria. 19 first team players participated in the preparatory training session on Friday, plus the reserve goalkeepers Mińo and Oier. 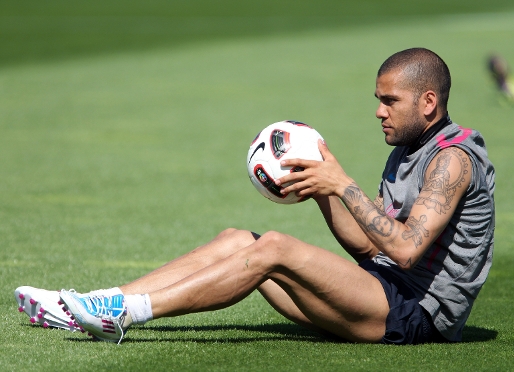 As usual on match days in the Camp Nou, the Barça players will exercise at the stadium on Saturday, in a preparatory session starting at 11 a.m., closed to press and public. 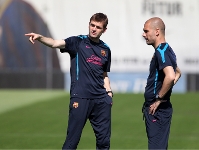 Following the recovery session on Thursday, after their efforts in the Champions League against Shakhtar, the first team players now have their minds firmly focused on the League, and specifically on the game against Almeria this Saturday.

In the preparatory training session which took place on Friday at the Joan Gamper training ground and, as usual on the day before a game, behind closed doors, a total of 19 first team players took part, as well as the goalkeepers from Luis Enrique’s B Team, Mińo and Oier, who also trained with the team on Thursday. 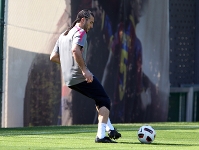 The injured Carles Puyol didn’t participate, and continued his recovery process in the gym, while Abidal followed the trend of recent days and worked with a recovery coach. On the other hand, Pinto did some recovery work on his sprained left ankle, the injury he suffered during training on Wednesday and that prevented him from being part of the squad for the match against Shakhtar.