The fourth biggest attendance of the season

The fourth biggest attendance of the season

The Camp Nou got its fourth biggest crowd of the season last night, only topped by the visits of Madrid, Arsenal and Valencia. Here are some other facts from the game. 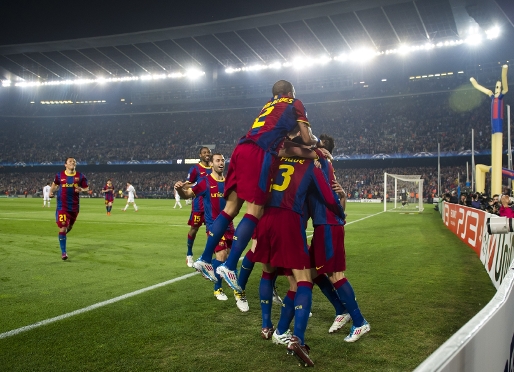 ► Though Lucescu’s team did well, they were far short in terms of shots on goal (19 to 5).

► Andrťs Iniesta, the only FCB man to get a yellow card, will miss the return leg in Donetsk. The only suspended player for the Ukrainians is left back Rat.

► Iniesta, who recently became a father, scored in less than two minutes. It was his first European goal since the famous one at Stamford Bridge (1-1), now two years ago.

► It was the first time Iniesta had scored a goal in the first quarter of an hour of a European fixture. 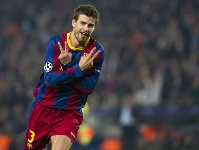 ► Iniesta was not the only player to get his first Champions League goal of the season. Piquť and Keita also opened their accounts.

► After being injured for three weeks, Pedro and Maxwell returned against Shakhtar. They played the last 23 and 16 minutes, respectively.

► Barcelona hadn’t scored five goals in a game since January 26, when they did so against Almeria in the cup quarter final (5-0).

► This was win number 125 for Guardiola at the helm of the first team, which he has done in 170 matches.