Guardiola: “I’m happy, but I know this isn’t finished”

After admitting he was delighted to win 5-1 in the Champions League quarter final, Josep Guardiola added that caution was in order as the job is not done yet. 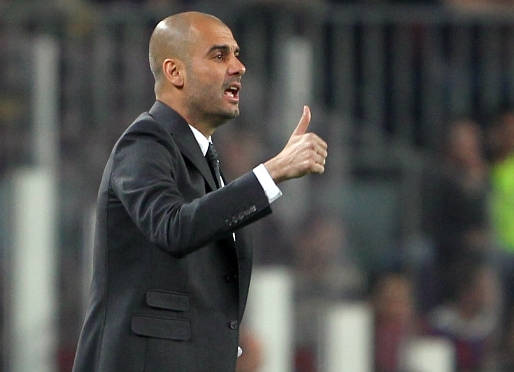 Bartomeu: “We are on good track but it’s not all over”

First vice president Josep Maria Bartomeu was also happy to have won 5-1, but was also prudent like Guardiola when he limited himself to saying “we are on good track but it’s not all over. There is still the return leg, and Shakhtar is a side that creates a lot of chances. We can feel pleased with this result.”

Bartomeu also had words for the supporters, who got behind the team for all 90 minutes: “More than 86,000 fans came to the stadium today, for a great Champions League match. I thank them all because some have come a long way to support the team.”

Finally, he spoke about Saturday’s league fixture with Almeria: “It is a difficult game. We want to stay eight points ahead and we need to be focused, and I’m sure we will”.
He had already warned about how dangerous Shakhtar can be, and the game was indeed fast and furious with chances falling to both sides. So he was naturally happy that a game he described as an ‘exhibition’ had ended in such positive circumstances on Wednesday night at the Camp Nou.

He couldn’t deny that 5-1 was a good result, but Guardiola added that “we have to be very prudent because this is not the final result … we need to keep our feet on the ground. I’m very happy, but I know the job hasn’t been done. We have to take this very seriously.”

But he didn’t agree with his peer on the Shakhtar bench, who declared that as far as he is concerned, the tie is over: “I don’t think so, mark my words … We still remember beating Betis 5-0 and then the way we suffered so much in the second leg of the cup tie.”

Guardiola went on to say that “I didn’t expect to get five goals. Normally they don’t let many in and generate lots of chances. You need to have the game in your hands by controlling the possession.”

Asked why they conceded so many more chances than usual in this game, the manager put it down to defensive shortcomings. “Without Abidal and Puyol we were lacking legs and speed, and so we have to replace that with other virtues … but the players are physically like animals … if they know how to do one thing, it’s compete”.

Finally, Guardiola spoke about Leo Messi: “Leo has been fundamental in three games in which he didn’t score: Madrid, Espanyol and this one. He is an impeccable player in every sense. He put on another great display today. Sometimes it’s a joy to be able to coach a player like that. He is always happy when we win, and his ambition infects the other players and the coaches. He is a huge competitor. He’s happy, but of course he’d like to score goals.”