David Villa has spoken to the ‘El Marcador’ show on Barça TV, and said that despite not scoring he was very happy with the result. 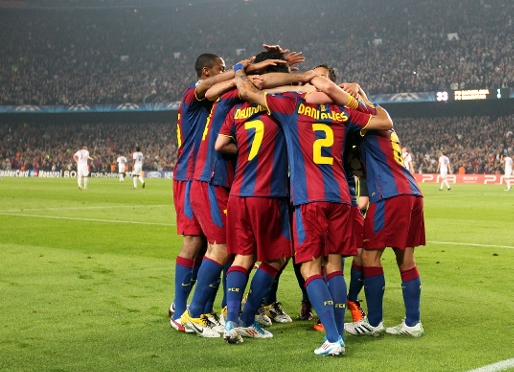 Striker David Villa was thrilled to have beaten what he describes as a dangerous team, and said “we’d all have settled for 5-1 before the match”, which is a great result to take to the Ukraine. But although they have a convincing lead, “there are 90 minutes of a very exciting game ahead of us”, he said to Barça TV.

He believes Shakhtar are in the quarter finals on merit, and feels they “are a very good team, they are running away with their league and we knew we’d need to put them under pressure to stop their forwards from being creative”. But David Villa still wants to win in Shakhtar, where the Ukrainians have never lost.

Villa felt it was Iniesta’s early goal that conditioned the match. But on failing to find the target himself, he said “of course I like scoring, but after winning 5-1 it would be illogical to worry about whether I scored or not … we all know that strikers have runs of good and bad form, if I don’t score, there are others that will”.

“We should always try to make the most of dead ball situations”.

“I’ve been lucky to score in the last two games”.

“I’m very happy to have won against a quality team”.

“It was no walkover. Despite the result, we’ll have to work hard on Tuesday. It’d a good score, but we want to avoid any nasty shocks over there.” 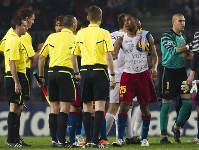 "It was a very important goal for this game".

"I hope the five today do the trick."

"Shakhtar is a very strong team."

“The shirt was for Abi. It’s to wish my friend a fast recovery, he’s like a brother to me.”

"It’s not all over. We knew they’d be a difficult team."

"There are still 90 minutes to go, and we know Shakhtar have never lost at their ground. We have to keep our feet on the ground".

"I’m happy with the game, It was an important achievement. What’s important is that the team won, whoever scored, we are happy for the players that scored today”.

"I’m happy to be getting to play, I’m trying harder and harder to get up to the level of the others, but there are still things to improve”.

"I hurt my Achilles heel, it was the calf, I came off as a precautionary measure”.

"We were good from the start, we maintained possession of the ball. We managed to play a good game".

“Anything can happen in football, we have to be careful before saying we’ve got a foot and a half in the semis”.

“The team has played excellently. We were much more effective than on other days”.

“The players coming in from behind did better. We participated more”.

“We have often managed to put ourselves in tricky situations”.

“We always go out to win a match, to control things, we analysed them on videos and knew they are a team to take note of. I think they’re a great team”. 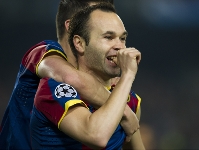 "I was lucky enough to score in the first game since she was born (his daughter, Valeria)".

"It’s a great result for the return leg".

"The boss was getting tired of saying how difficult it would be".

"The important thing is to help. There is no need to do anything just so the strikers get goals, they’ve been scoring all season".

"I think everyone saw that Shakhtar got chances. That was the score but it was very difficult”.