No injury for Messi, but physio work set till Saturday

The Club’s medical services examined Leo Messi on his return from international duty this morning and the good news is that he has no muscle injury, though he will have physiotherapy until Saturday. 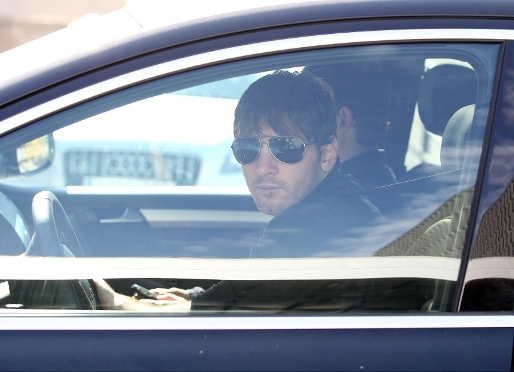 Leo Messi arrived back in Barcelona this morning, along with his Argentine teammates Milito and Mascherano after sitting out Argentina’s game against Costa Rica and went straight to the Ciutat Esportiva Joan Gamper and then to the Hospital de Barcelona for a series of tests. Once these had been carried out, the Club doctors announced that there was no evidence of muscle damage to his right thigh.

Messi will undergo physiotherapy until Saturday when a decision will be made on his availability for the La Liga game against Villarreal.