A game every three days

A game every three days

From this Saturday on Barēa face a demanding schedule with the three major titles at stake. In 18 days, Guardiola's side will play 6 games, including the Spanish Cup Final and the quarterfinal of the Champions League. 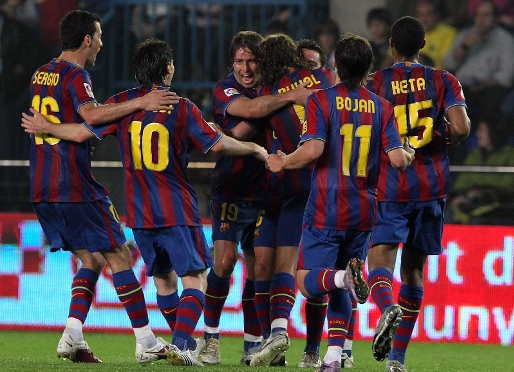 5 games in 15 days if we get to the semifinals

The pace of the competition won’t drop if Barēa manages to qualify for the semifinal of the Champions League. In 2 weeks they would have to play 5 games, 3 in the league, at home against Osasuna and Espanyol, and away to Real Sociedad, and the 2 Champions League games, the away leg on 26th or 27th of April and the return leg at the Camp Nou on 3rd or 4th of May.
After the break in the league due to international matches and now confirmed that this weekend the 30th league matchday will take place, the club faces a very tight schedule that includes playing for the 3 major titles at stake. In the next 18 days Barēa will play six games, including the vital double fixture against Real Madrid, in La Liga and the Spanish Cup Final.

League and Cup at stake 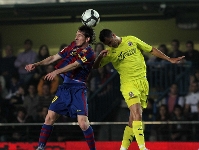 A major part of their chances to retain the league title will be decided over the next 18 days. This Saturday, Barēa are away at Villareal, where they have not lost since 2007. Despite the favorable precedents, the 3rd placed team in the league is one of the strongest at home, where they have drawn 3 and lost only 1 game. 3 days after the first leg of the quarterfinals of the Champions League Barēa receive Almeria, currently occupying a relegation place, but a much more competitive outfit than the one thrashed 5-0 in the semifinal of the Cup.

On April 16th comes the first of two consecutive clashes with their great rival. Real Madrid and Barēa could be playing almost a league decider at the Santiago Bernabeu, 3 days before the Spanish Cup final, where they’ll face each other again, 28 years after the Cup Final remembered for Marcos’s goal.

In between, Champions League 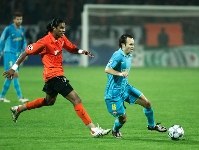 Between the league games and the Cup Final, Barca will be playing to secure a place in the semifinal of the Champions League. On Wednesday April 6th, Shakhtar come to the Camp Nou in the first leg of the quarterfinals. It will be a tough match against demanding opposition, who will probably be very defensive, but come into the game with the Ukrainian League title almost in their pocket. The second leg will be played on Tuesday 12th in Donetsk, a long journey and also a very tough game if Barēa haven’t ensured a good enough result in the Camp Nou. Six games in 18 days, a marathon that will prove decisive for the rest of the season