Andreu Fontŕs doesn’t appear phased by his promotion to the first team squad, which he has approached: “keen to bring what I can and whatever is needed –it’s the ideal moment and I’m ready for it”. 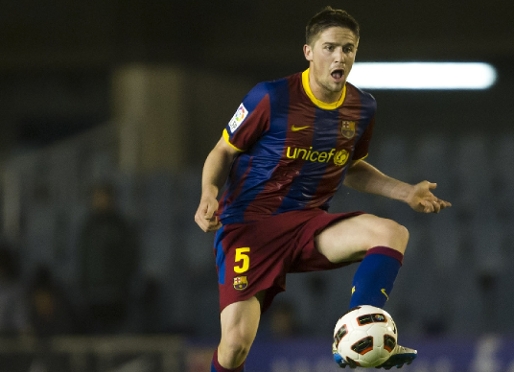 Speaking to Barca TV, Fontŕs explained how his move to the first team squad came about: “the day after Abidal’s news, Guardiola called me in and told me that I’d be with the first team for the rest of the season”.

Last bit of help for the B team 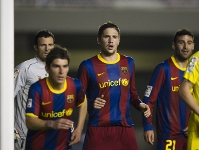 Fontŕs played what could turn out to be his last B team game in the 2-0 win over Alcorcón, but he stressed: “I’ll always be there for whatever I’m needed for”.

Guardiola and Luis Enrique agreed that the young Catalan would go back to the B team during the international break and he figured in the Alcorcón game as a defensive midfielder, sitting just ahead of the centre backs, a position he repeated for the Spanish under 21s this Monday. Now he’s back with the first team squad, something he feels is: “a dream come true”.

Fontŕs has no doubts about his ability to fit in with the first team and believes he is “prepared to add what I can and bring hard work and commitment”. The chance to move up has come when he is still only 21, though he stresses: “I’ve had the great experience of playing in the second division”, where he’s enjoyed a steep learning curve: “Segona A is so much more competitive than Segona B and that’s been a great experience for me”.