Two of Barēa’s four summer signings, Adriano and Afellay, could be making their debuts in the Champions League quarter finals next month. In contrast, Xavi and Puyol have already appeared at this stage six and seven times respectively. 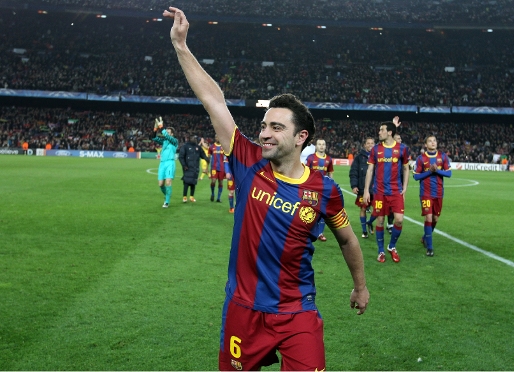 Injuries caused Leo Messi to miss out in 2005/06, against Benfica, and 2007/08 against Schalke 04 and he will make only his third appearance in a Champions League quarter final next month.
FC Barcelona are once again at the quarter final stages of the Champions League and although some of the team are well familiar with making it this far, for others it could be the first time they’ve got to the last eight.

Debuts for Adriano and Afellay

Adriano and Afellay have never made it this far in the Champions League before and against Shaktar they may get their chance. Adriano made the last 16 twice with Seville, but ended up losing to Fenerbahēe and then CSKA de Moscou. Afellay has also played in the last 16 with PSV, but lost to Arsenal (06/07) and Lyon (05/06). 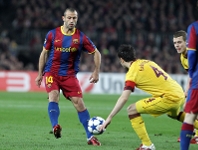 For another of the summer signings, Javier Mascherano, it’ll be the fourth time he’s gone into a quarter final, having been there with Liverpool in 2006/07, 2007/08 and 2008/09. The first time saw the Reds reach the final, where they lost 2-1 to Milan, whilst the following season they were beaten in the semi finals by Chelsea, who took them out the year after in the quarter finals.

Chance for Villa to better his record

David Villa has been here before, but he’ll be looking for more luck this time around, having lost 3-2 on aggregate to Chelsea with Valencia in the 2006/7 quarter finals.

The two players who have most experience in the last eight are Carles Puyol and Xavi Hernįndez. The Club captain has played in seven quarter finals and only failed to make the semis on one of those occasions – in the 2002/03 season, when Juventus beat Barēa. Xavi has one less quarter final to his name, after missing out in the 2006 season against Benfica when the team went on to win the competition in Paris.