Valdés stops 8 out of 10 shots

Valdés stops 8 out of 10 shots

For yet another season, Victor Valdés has been a key part in team’s success. In La Liga for example, he has the highest percentage of saves of any keeper in the competition – stopping 8 out every 10 shots. 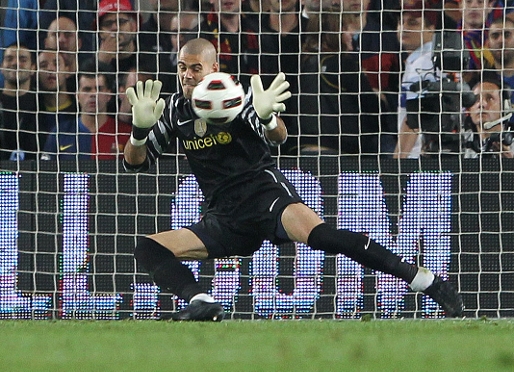 Barça’s big strength is seen by many as their attacking prowess, having bagged 81 goals in the league so far this season, but their defensive strength has been equally impressive, having conceded just 15 league goals – a record in which Victor has played a vital role.

Valdés is always quick to stress that keeping clean sheets is a matter for the whole team, but the keeper’s performances have been key in helping Barça to the best defensive record in the competition. So far this season he has saved 80.6% of the shots that have been fired in at him - stopping eight out of every ten efforts. 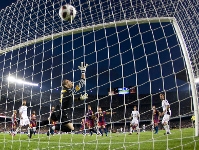 Valdes’ achievements are in fact even more impressive when you consider he is keeping for a team who opponents find it so hard to create chances against - in all Barça have received just 72 shots with him in goal during the campaign so far with Valdés saving 58 of them saved.

Valdes has conceded just 14 goals –a figure that would leave him top of the Zamora trophy but for the three games he missed with injury -against Atlčtico Madrid, Mallorca and Valencia.

Head of the table

Valdés is the La Liga keeper with the highest percentage of saves, ahead of Casillas, De Gea and Diego López.