Bojan’s got a history of fine ends to a season and he seems to have a special affinity for bagging goals against Villarreal. Good news for Barēa is that he is again enjoying some great form as next comes a trip to El Madrigal. 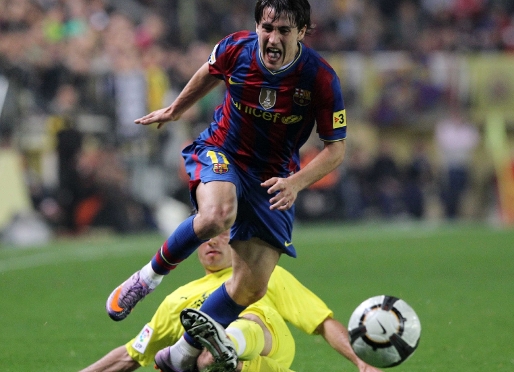 History to repeat itself?

Last season Bojan Krkic had scored four goals by the second leg of the Cup tie against Cultural and he then went three months without a goal, scored against Stuttgart in the Champions League and went on to get seven more before the end of the season.

This season looks to be panning out the same way for the young Catalan, who had bagged four by the time the team beat Real Sociedad 5-0 on December 12th, before again going three months without a goal and coming back with a strike against Seville and another in the next game against Getafe. 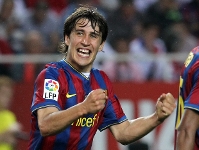 At the age of 17 years 1 month and 22 days, Bojan Krkic became the youngest player to score for Barēa, when he got on the score sheet in week 8 of the 2007/08 season against Villarreal. That game at the Madrigal was a big day for Bojan as was his return there last season.

Three days after losing to Inter Milan in the Champions League semi finals, Barēa faced a tough trip to Villarreal with the La Liga leadership at stake. Guardiola started Bojan alongside a deeper lying Messi with a two pronged striker attack that has proved so successful this year and left Ibrahimovic on the bench for the crunch game. The youngster responded magnificently with a brilliant individual goal and held on to the starting position in the line up for the rest of the season.