Physical session to end the week

Physical session to end the week

The first team is still working with limited resources due to the international break. There were just five players plus B team keeper Jordi Masip for the final session of the week. 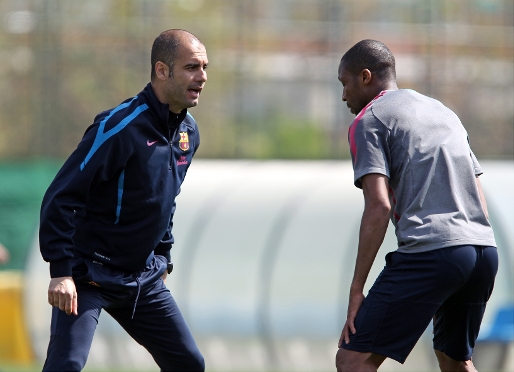 Though on other days the first team has trained with the reserves, today Pinto, Jeffren, Keita, Adriano and Bojan worked out alone on pitch number 2 at the Ciutat Esportiva. Luis Enrique’s players were taken away to concentrate on Saturday’s game at the Mini with Alcorcon.

Only Barēa B keeper Jordi Masip was with them, and Andreu Fontąs trained with the B team.

This was the team’s last session of the week. The players will now get the weekend off, and so the coaches decided to make sure today’s session was particularly physical. 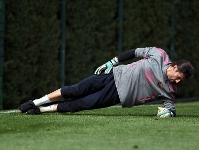 In today’s session, FC Barcelona started using an individual medical device that measures the physical effort each player makes with greater accuracy and detail. Produced by GPS Sports it incorporates three types of data: a GPS that records how much the ‘players have moved in each session, an accelerometer that monitors changes of pace and the same pulsometer they have been using to date. This system is now used by many elite clubs, and will also be employed by Barēa B and the two youth teams.