Guardiola: “A lot has happened this week”

Guardiola: “A lot has happened this week”

Abidal’s operation and the doping accusations pointed at Barça have marked an intense week that was analysed today by Guardiola. He is impressed with Abidal’s positive attitude but is worried about the potential danger of Getafe. 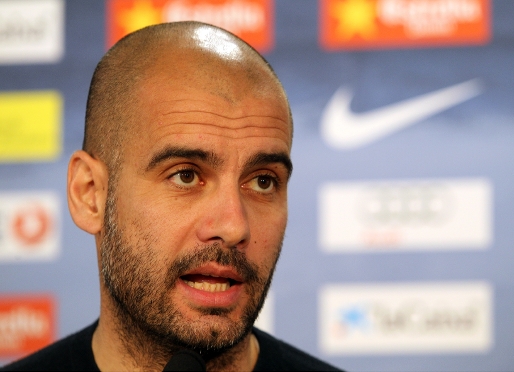 “Fontŕs is more than ready”

He was also asked about the doubts whether Fontŕs is prepared for a first team place. Said Guardiola “He is more than ready. He has progressed brilliantly. He is a highly ductile player that can play in the middle or as a playmaker. We have used him in the Champions League and he has always responded well”.
On the French defender, Guardiola said “as far as we know, the operation went very well and Abidal is developing correctly. We must thank the doctors for their good work and hope people respect the privacy that his family has asked for”.

On the possible repercussions of Abidal’s condition, Guardiola made it clear that “sports issues are secondary, what really matters is the person … Abidal is a very likable man and has been with us for some time. We will try to be positive about the situation and hope it has the minimum possible effect”.

Thanks to the world of sport 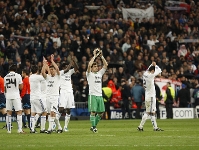 Guardiola was pleased with the amount of support people have shown Abidal. “I would like to thank Iker Casillas as captain of Real Madrid and his team-mates for their wonderful behaviour and also Xavi Pascual and the handball team for their gesture on Wednesday. Thank you to everybody for your support, which is the kind of thing that makes us proud to be sportspeople”.

So much has happened this week that many people seem to have forgotten that there’s a big game on Saturday against Getafe at the Camp Nou. Guardiola says “it is one of those games that can cause you to lose the league. Three points won’t win us the title, but if we don’t get them, things get much more difficult. A lot has happened this week and the game comes before a break in the fixture list. We are entering the all or nothing stage of the season and we need to stay in shape and form for the final stage of the campaign”. 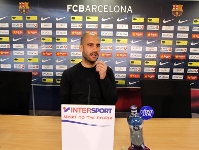 Asked about the accusations this week that Barça use illegal drugs, Guardiola said anybody who wants to know more about that “should ask Cadena COPE and Florentino Pérez. When those two decide who is right, they’ll let you know … the club has done what is right and left things quite clear. An announcement was made and a claim has been presented, things couldn’t be more clear”.

Intervention of College of Journalists

Before the press conference in the Ciutat Esportiva pressroom, Guardiola allowed Ramon Besa, a member of the Governing Board of the College of Journalists, to give a short speech. Besa read out his body’s announcement of yesterday, in which he insisted that the profession’s deontological code should be respected. He said “we aren’t accusing anybody” but reporters must be “responsible about what is happening and seek to be faithful to the truth”.