Shakhtar Donetsk, who Barēa face in the Champions League quarter finals, have been the surprise package of this year’s tournament. As FCB found in the European Supercup in 2009, they are a solid side with a dangerous Brazilian strike force. 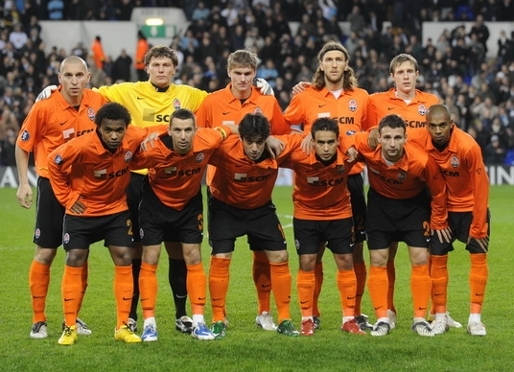 More info
Few people had predicted they would make it through to the last eight, but the fact is that Shakhtar Donetsk finished top of a group they shared with Arsenal, Braga and Partizan, and were then way too good for Roma in the second round. It is a stylish opponent that Barēa will face in the quarters.

Coached by Mircea Lucescu for the last seven years, Shakhtar go for an attacking kind of football, and have the players to do it. They have a young and talented set of Brazilian forwards in Luiz Adriano (8), Eduardo (5) and Douglas (4), who are their top scorers in the Ukrainian championship, which they are leading in commanding style, being nine points ahead of Dynamo Kiev.

But Shakhtar are well balanced right through their lines. They have a consistent midfield and solid defence, and like to control possession from the back. Former Barēa man Dmitro Chyigrinski is well settled into the scheme of things and acts as an important playmaker, supported by two skilful full backs in Srna and Rat. 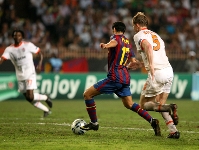 It’s not the first time Lucescu’s side had played Barēa. Their last meeting was in the Supercup in Monaco 2009, the year after the Catalans had won the Champions League and the Ukrainians the Europa League, their only continental title to date. It was only an extra time goal from Pedro that split the two in a tight encounter.

They had met a season before in the Champions League group stages. Messi scored a late goal to snatch a 2-1 win in the Ukraine, 1-2, and in the return, Shakhtar made certain of third place in the group by winning 3-2 against a Barcelona team that had already secured first place. The sides also met in the Champions League of 2004/05 and in the round of 32 in the 78/79 Cup Winners Cup, with FCB coming out tops each time.

But this will be the first time Barēa have visited the brand new Donbass Arena, which holds 52,518 spectators. Shakhtar have not lost there for eighteen months, and it is undoubtedly one of the most feared away trips in European football.