Xavi: "Abidal is an example to us all”

Xavi: "Abidal is an example to us all”

Barēa’s vice captain expressed the support of the team for Eric Abidal and his family and highlighted the positive nature of the player with regard to his illness. Xavi also described as "outrageous" the allegations of doping. 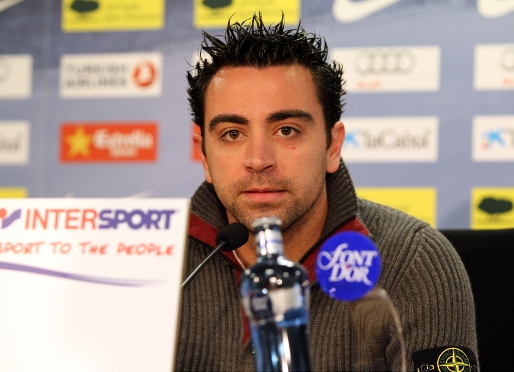 UEFA has banned Real Madrid and Olympique Lyon from wearing shirts with messages of support for Abidal, in the moments before the Champions League match on Wednesday. Xavi expressed his disappointment: "It seems to me that the decision is not very humane. In life there are things far more important than football and sometimes we give priority to things that have nothing to do with what is really important."
"This is the toughest time I've had at the club, but Abidal will get over it because mentally he’s one of the toughest people I know". Xavi Hernandez explained to the media, echoing the feelings of his teammates, after hearing about Abidal’s illness, which will force him to undergo surgery on Thursday. Barēa’s vice captain highlighted the good state of mind of the French defender with regard to the terrible shock: "These are difficult times for him and his family. We have given him a lot of encouragement, but it was him who cheered us up most. He’s an example to all of us ".

Surprised by Abidal’s state of mind

Xavi expressed surprise at Abidal’s state of mind when the player visited his teammates at the training ground to say goodbye to his fellow players: "He’s an example of positivity. He said that that’s life, that we carry on as we are and we beat Getafe on Saturday. We’ll try to win and dedicate it to Abi and his family”.

Xavi supported the actions of the Club with regard to the doping accusations about first team players: "The Club has positioned itself against these allegations. They are atrocious accusations that have nothing to do with football or with Barēa".

Xavi believes that in some sectors of the football world there is "impunity -they’re going too far and are going beyond acceptable limits". Xavi, however, warned those who would try to disrupt the team: "There are lots of people who can’t stand the fact that Barēa is a model of playing and behavior, but that makes us feel better and unites us even more”.