Josep Guardiola reckons that the team were poorly rewarded for their efforts at the Sanchez Pijuan on Sunday given the way they played, particularly in the first half. 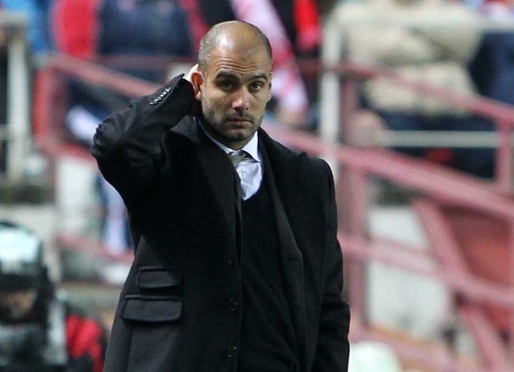 Once again Victor Valdés showed his worth to the team with a series of great stops and Guardiola was quick to praise his keeper, commenting: “he is the perfect keeper for us”.
The boss was proud of his players’ attitude on the pitch and stressed that: “we tried to win the game. We hit the woodwork, had a goal disallowed…. I feel bad because it’s always better to win than to draw, but we kept on trying till the final whistle. It’s clear that the fight for the league is going to continue right until the end, as we always thought it would”.

Happy with the players’ performance

Guardiola insisted: “we put in a good game against a team, Seville, who are a big club. Overall, I’m very happy after the demands of a game that was at the level of a Champions League clash. I think we got too little out of the game for all that we put in to it”.

“It takes a lot to win a league title”

The boss went on: “you can never forget that the other team are playing too and they are at a high level. We played a lot of good football for very little reward to go in with such a short lead in the first half”. Guardiola also added: “it takes a lot to win a league title – it’s hard to be ahead of clubs who are as powerful in all respects as Real Madrid are”.

No criticism of the ref

In contrast to many of his fellow managers, Guardiola always prefers to avoid commenting on a referee’s performance and in Seville he again refused to be drawn, explaining: “I am a manager who represents the institution of F. C. Barcelona and the referees do their job as well as possible – it’s not the Barça manager’s job to get involved”.