“There’s a small league before the Bernabéu”

“There’s a small league before the Bernabéu”

Josep Guardiola has said that the game in Seville is the first of four tests before they face second placed Madrid. In his words “There’s a small league before the Bernabéu”. 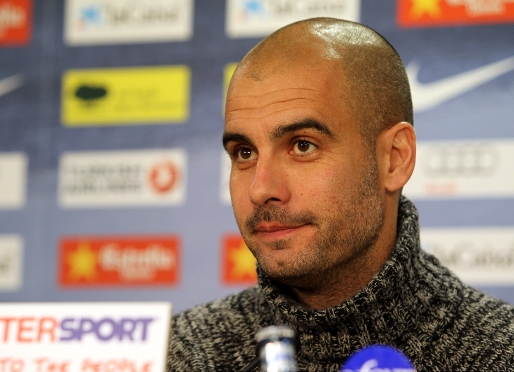 The FC Barcelona also had words for the Japanese people, whose country has bit hit by an earthquake that has caused many injuries and deaths. Guardiola said “I hope the country can pick itself up and rebuild itself. It has been a tragedy. The picture speak for themselves, it’s devastating. I want to send my love to their people and I’m sure we’ll soon be able to organise an Asian tour and be able to be with them” he said.
Sevilla, Getafe, Villarreal and Almeria are the four sides Barēa must play before they take on Real Madrid. The FCB manager is convinced that these games “will determine the future of the championship … There’s less and less to go. We have to win points before and after the Bernabéu. It is important for us to be top when we go there, and that depends on the four games we have to go, which will determine the end of the league”. 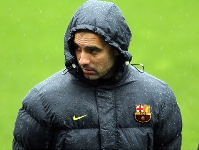 Guardiola wants to stay at least seven points clear of their main rival, and pointed out that “it is us to have to win things. Nobody, and even less so Madrid, will be giving anything away … we’re arriving at the decisive stage, we’re in the cup final, in the quarter finals of the Champions League and now it’s back to the league”. But he is also aware that the league will not be over once they have faced Mourinho’s side.

The next game is a tricky away trip to Seville. “They have been doing well for several years. They’re one of the big teams, one of the classics, with good players and they play a very defined way. It is always a hard place to get a result, and it’s surprising how much noise the crowd makes. Sevilla is one of the big teams in this league and we’ll need to play well” said the Barcelona manager. 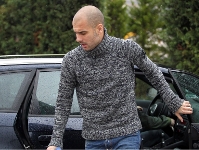 Guardiola likes the way the Andalusians play. “They have played a very specific way for several years and it serves them well. They’ve always been a very characteristic side, who attack well,” He knows they’ll be missing Luis Fabiano, but added that “Negredo is in great form at the moment”.

The game with Sevilla comes on Guardiola’s 1,000th day as club manager. He said he wanted to thank all the players that had played under him over that time, and said it was because of the squad and their hard work “that the people have enjoyed themselves so much”.

The only player FC Barcelona will be missing on Sunday is Carles Puyol. “He has an important injury, and he has had his treatment, and is feeling better all the time. But he is still getting some little bits of trouble and so we’re continuing his treatment. He’s feeling positive. We are all working to get him back, but he’s certainly out for tomorrow, and we’ll see about next week. But there’s been a major improvement.”