“It is one of the hardest away trips”

Adriano: “It is one of the hardest away trips”

Adriano Correia, who started the match against Arsenal, is going back to the place he played for six seasons, the Sánchez Pizjuán. “It is always special for me to play in Seville”, he told a press conference. 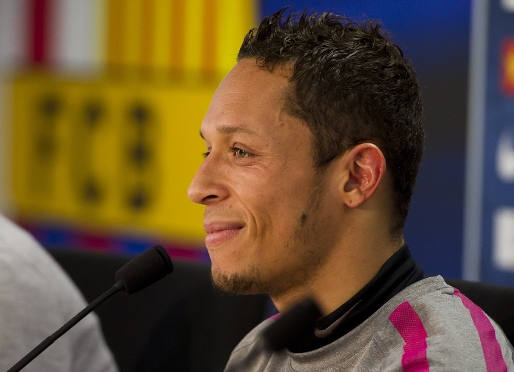 This is not Adriano’s first trip ‘home’ to Seville, because he was also there for the Spanish Super Cup first leg this year. “Whenever I go there it’s a special game” he said. “It was amazing in the Super Cup, where I got a nice reception … There will be a fantastic atmosphere. The fans tend to fill the stadium for games like this. It doesn’t matter where Sevilla are in the table”.

Plenty to play for

Adriano, describes Sevilla as “one of the hardest away trips” left for Barça this season, along with others to the Bernabéu and El Madrigal. But the full back doesn’t think anything will be decided on Sunday. “There are now 33 points left. 33 are still a lot”, said a player who has been delighted to get some time in the first eleven of late. 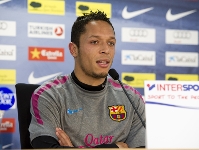 Sevilla always seem to be under pressure, he says. Right now they are seventh, and getting into the Champions League is the priority, but they are 12 points adrift of that target. “When I was there, they were always a team near the top of the table. There is huge pressure to finish among the top four. This year they have a lot injuries and so they have found it hard to play at the level they can”, he explained.

On his role in one of the most important games of the season so far, the one against Arsenal, Adriano said he was happy to start the match and pleased with his performance, but that he would have never have been able to live it down if the ball he lost towards the end of the match had resulted in Bendtner scoring. “Luckily there were no consequences”, he said.