Barça got back to training on Wednesday as they prepare for their league trip to Sevilla on Sunday. 19 first team players were there, plus the B team’s Jordi Masip. 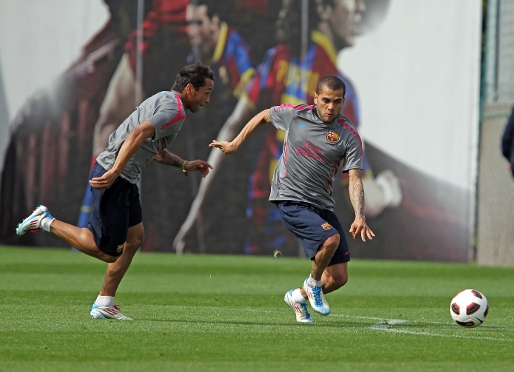 Barça have another training session on Saturday morning, which will also start at 11.00 and will also be at the Ciutat Esportiva Joan Gamper. Afterwards, Josep Guardiola will be sharing with the press his pre-match impressions of the road trip to Seville.
After a day off, Josep Guardiola called his players back today as they worked to recover from Tuesday night’s exertions against Arsenal. The venue was the Ciutat Esportiva Joan Gamper, and things started at 11.00, with the media able to watch the first quarter of an hour.

Back to the league 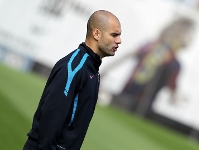 With their Champions League duty done, where all they can do now is wait for the quarter finals draw, it is time to turn thoughts back to the domestic championship and a game away to Sevilla on Sunday.

19 from first team plus Jordi Masip 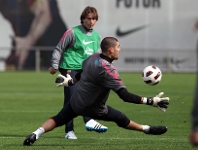 Only the injured Carles Puyol was absent, and the only member of Luis Enrique’s reserve team to be involved in today’s session was young Jordi Masip. The session started with the usual warm-up exercises.

It was noted that Pedro did not train with the rest of his colleagues, but instead did specific work on one of the training pitches at the Ciutat Esportiva Joan Gamper.